Growing up as an expat can be a lot more challenging than it appears. Of course, there are a lot of factors that add to the equation; which country you are living in (and how different it is to your own), how often you change locations and, more importantly, how old you are at the time of the move/s. Some topics, such as this, are not given enough space and thought by psychologists and that is why it is so important to spread the word about this, the effects of "growing up among worlds".

Why do we talk about growing up among worlds?

Because expat children - third culture kids as we usually call them, - are raised in a culture other than that of their parents (or their passport country). They live and experience their host country's culture - on the street, at school and with friends. But at home, with their family, they still get to absorb their "home" culture (or cultures if their parents are a multicultural couple).
We often see intercultural children and teenagers at our practice, and many of the issues which have brought them to the consultation could have been prevented. Sometimes making just a few changes can make a world of difference.

Surprisingly, the first piece of research regarding TCKs -third culture kids- dates back to the 1950s. Nowadays there is more information on how to support expat children but there is still not enough awareness. This is demonstrated since we constantly find parents that were not given any support or explanations. Similarly, many professionals misdiagnose third culture kids because they do not know the specifics of TCKs.
So, let's consider one of the most relevant aspects of growing up as an expat and address how we can help them make the most of their international experience.

Feeling of belonging and relationships

As people, we are social beings; therefore, relationships are vital to us. This statement might sound obvious, but for expat kids, there is something else that makes relations even more critical. We all need to feel a sense of belonging. We forge our identities either from a geographical place - where we grew-up - or from a community or culture which we belong to or from our relationships. Up to the pre-teen years, children's relationships consist mainly of their parents and siblings. That is why there are usually fewer issues when moving abroad with children under the age of 11 yrs. This doesn't mean however that the change won't affect them, or that they won't mourn their extended family, friends, teachers or school. But the fact that they are moving with their close family is a significant relief, enough to help surpass the losses. Because at this age, for one's identity, belonging to their family is what is most important.

Generally, it is between the ages of 10 and 12 years old that the peer group starts to become more relevant in our lives as we begin to craft our own individual identity. If we have grown up outside our country of origin (or that of our parents), if we have been moving and changing countries frequently, our identity clearly won't be defined by geography or by the cultural group to which we belong (mainly since it could be so many different combinations). This is why, for our international kids, it is relationships which define their identity, and this is one of the most significant challenges an expat kid faces.

Juliet is thirteen years old; she has already lived in four different countries, but this time she is opposing the move like never before. In the past, she used to help out with all the tasks involved in the move and upon arrival, would make friends right away. This is her first time complaining and making a scene every day. Her parents can't understand what is going on and ask themselves where their sweet daughter is. Juliet is tired of feeling like she doesn't belong anywhere. In their last destination she was able to join a peer group, she felt like she belonged, she felt as if she were part of something and now she can't easily accept going back to being uprooted again. Her parents expected her to adjust as easily as always but her age and the bonds she developed (which she had to leave behind) made a huge difference.

Carolina is eleven years old and moved to the south of France two months ago. Her mother tongue is Spanish, but she already spoke French fluently before arrival, so no one contemplated school could be an issue. Nevertheless, her performance at school decreased a lot, and she felt anxious all the time. Her parents sought support as they are worried for her; they can't understand what is going on because she was so excited for the move. In Carolina's case, she was used to always standing out, to being a very good classmate and helping others. Being at a new place where she still hasn't figured out how everything works, she can't take on that role yet, therefore has lost the only way she knows to develop and build these relationships. The loss of her "traditional" place in groups and feeling an emptiness in relationships is creating a considerable amount of anguish.

Juan is fifteen years old and has been living in Costa Rica for two years. His parents thought that an international school was going to be a favourable environment for him since most of his classmates would have experienced expatriation and could collaborate actively in his adjustment. But Juan is tightly attached to his group of friends back in Mexico. After two years, he hasn't been able to adjust and create new ties. The relationship with his parents is going from bad to worse, and a few weeks ago they discovered some scars on his skin, which led to the consultation. Juan is tired; he doesn´t want to make any more efforts, he has done it in the past and felt it was a betrayal to take him away from the place where he was so well adjusted and rooted.

These examples show that most parents really care about their kids. They put a lot of effort into looking for a comfortable house, finding a school that seems like a good fit for them, etc. Sometimes they find it more quickly than others, but usually, the issue is not from a lack of interest. What is often missing are two things:

The first one is to know that the identity of their kids is built through relationships with peers and therefore how crucial it is to rediscover, or help them to rediscover, positive and supportive peer groups. Of course, this is not an easy task, more complex if you are also new to the destination and even more complicated when dealing with teenagers.

However, given how crucial this is for their development, it is worth going the extra mile and trying everything we can; talking with teachers, professors, school counsellors, looking for extracurricular activities that might interest them, finding options for them to socialize and being extra attentive to what is going on with their relationships.

The second aspect, which is as important as the previous one, is to support them in their grieving process. Because closure is needed to have a fresh start. They are leaving a lot of themselves behind in each move. It is important that they can express what they miss, what hurts, frustrations and uprooting. It is not necessary that you have THE solution for this, but with careful, interested and active listening you can help much more than you imagine and, of course, if it is too much to listen to them - because you are dealing with your own grieving process at the same time - remember that you can always ask for professional support. Either to learn how to support them better or for them to have their own space to process what they are going through. 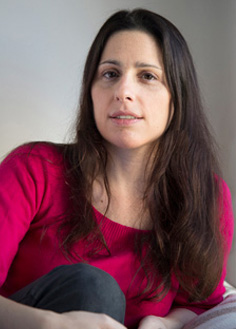 Get the latest posts delivered right to your inbox

Eutelmed
—
The Challenges of Raising Third Culture Kids
Share this

Stay up to date! Get all the latest & greatest posts delivered straight to your inbox